For its 2019–2020 academic year, the Center for Italian Modern Art (CIMA) is pleased to present a focused exhibition of sculptures created by Marino Marini, curated by Dr. Flavio Fergonzi of Pisa’s Scuola Normale Superiore.

Marino Marini (1901–1980) completed his formal artistic education at the Academy of Fine Arts in Florence, where he studied painting and sculpture. After having launched his career in the late 1920s with sculptures that explicitly referenced archaic styles (such as Egyptian, Etruscan, or pre-classical Greek art), Marini took up in particular the theme of the female nude. The continuous study of pure plastic forms through the female body becomes an occasion for him to conduct an independent and solitary research on the expressive possibilities of the nude model through a systematic comparison with the great sculptural tradition from antiquity, through the Renaissance, to Rodi 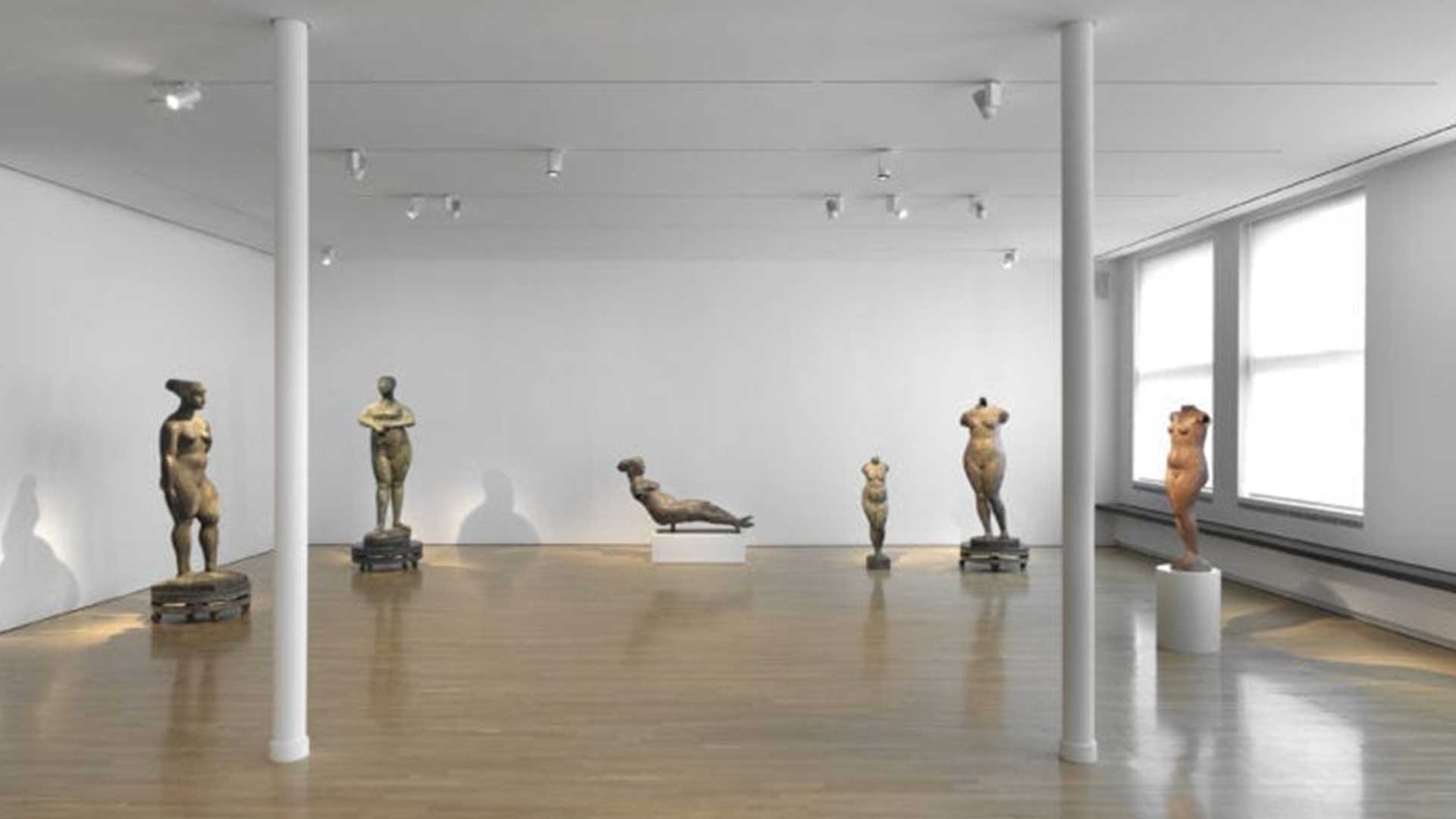 The years covered by this presentation (1932–1949) are characterized in Europe by a general and progressive loss of faith in the classical model; this crisis intensifies during World War II and the following period. Marino Marini, in the same years, continues to consider the classical nude as an inspiring theme. On one hand he enters into dialogue with themes of abstraction, reducing the female body to pure plastic forms; on the other, he shows a perceptible and provocative carnality in his sculptures’ surfaces, with a synthesis of pure plasticity and vitality of touch that is unique among the artists of his time. In the war years especially, Marino Marini subjects the bodies to a dramatic expressionistic deformation, as if wanting to react to the drama of historical events by measuring it in nudes, which remain his favorite subject of research.

In a manner not dissimilar from Giorgio Morandi’s Nature morte paintings, Marino Marini’s Nudi femminili question the continuity between the architectural element of shapes and the manner in which a sculpture’s surface communicates. The modeling of the works—compounded by the artist’s graphic interventions on their terracotta, plaster, or bronze surfaces—visibly interferes with their volumes, imbuing the sculptures with a subtle tension between sculpture and living body.

CIMA’s exhibition will be the first ever in the United States to present in such depth the greatest examples of Marini’s large nudes, from the Pomona of 1941 to the Dancer of 1949. These sculptures will be seen alongside a series of small bronze nudes created by the artist in Tenero, Switzerland, in the late years of the war (1943–1945), which represent the definitive crisis of the classical paradigm that was guiding Marini in the previous period.

In addition, continuing CIMA’s practice of introducing work by modern and contemporary artists in dialogue with the principal subject – such as Cy Twombly during the Medardo Rosso season, Fabio Mauri during Fortunato Depero, and Louise Bourgeois during Alberto Savinio – the juxtaposition of works by Alberto Giacometti and Willem de Kooning with those of Marino Marini creates new pathways for considering and understanding the female nude genre.

CIMA’s 2019-2020 Fellows are pursuing research related to various aspects of Marino Marini’s art legacy, which they are presenting during CIMA’s April Study Days. CIMA’s public programming will offer additional opportunities for in-depth explorations of the subject, bringing in artists, scholars, experts, and other presenters for lively evenings of conversation, performance, readings, and even shared drawing experiences.